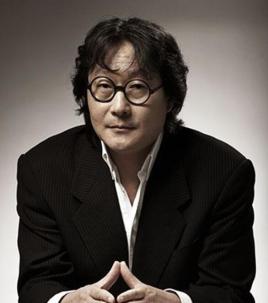 Meanings of the Logo

The logo was designed by the world-renowned artist Professor Xu Bing as a gift for the establishment of the IAS. The artwork features his distinctive style known as Tianshu (‘Book from the Sky’). We are deeply honoured by Professor Xu and grateful for his generous gift.

The logo is an ingenious work with profound meanings. It is a square red Chinese seal mark in the shape of a traditional eaves tile. The five English letters ‘UMIAS’ are arranged as strokes to form a new Chinese character. This unique and famous Tianshu method created by Professor Xu explores the fusion of Chinese and Western cultures, and also embodies the harmony between man and nature.

The ‘A’ in the logo resembles a person, signifying the focus of the IAS on humanities. Serving as a foundation in the character, the ‘M’ stands for Macao, the root of the IAS. The ‘S’ and ‘U’ on the top, meaning ‘Studies’ and ‘University’, respectively, symbolise the purpose for which the IAS was created. Last but not least, the ‘I’, which refers to ‘Institute’, stands firmly beside the ‘person’, suggesting that the mission of the IAS is to provide academic support. Moreover, the seal mark is round on the inside and square on the outside, which relates to the round Heaven and square Earth in ancient Chinese philosophy. The design also illustrates the traditional Chinese thought that human beings stand at the core of Heaven, Earth and Humanity. In addition, the circle and square denote the humanistic values of adaptability and all-inclusiveness, as well as integrity and righteousness, respectively.

The logo highlights the IAS’s commitment to advancing research on humanities and social sciences, nurturing talent and promoting multiculturalism. It also embodies the motto and mission of the UM while displaying Macao’s characteristic of emphasising Chinese culture while also embracing multiculturalism.

Creator of the logo

Professor Xu Bing, whose family is from Wenling City of Zhejiang Province, received his bachelor’s and master’s degrees from the Printmaking Department of the Central Academy of Fine Arts of China.

He moved to the US as an honorary artist in 1990. In 2007, Professor Xu returned to China and has served as vice president, professor and doctoral supervisor of the Central Academy of Fine Arts of China since then. Later he also became and has ever since been the director of its academic committee. At present, Professor Xu lives and works in Beijing and New York.

His works have been exhibited in numerous important art institutions such as the Museum of Modern Art, the Metropolitan Museum of Art and the Solomon R. Guggenheim Museum in New York, the Arthur M. Sackler Gallery in Washington, the Spencer Museum of Art in Kansas, the British Museum and the Victoria and Albert Museum in London, the Museo Nacional Centro de Arte Reina Sofía in Spain, the Fundació Joan Miró, the Museum of Contemporary Art Australia, the Art Gallery of New South Wales, the National Gallery of Canada, the National Gallery Prague in the Czech Republic and the Museum Ludwig in Germany.

Over the years, Professor Xu has received many honours and awards including the MacArthur Fellowship, which is regarded as the most prestigious individual achievement award in the US cultural circles, the Japanese Fukuoka Prize, the Artes Mundi Prize, the Lifetime Achievement in Printmaking Award of the Southern Graphics Council, an honorary Doctorate of Humane Letters from Columbia University, the title of Andrew Dickson White Professor-at-Large at Cornell University and the International Medal of Arts of the US Department of State.